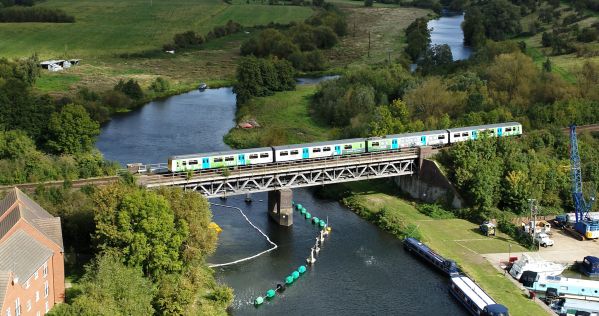 BRITAIN’s Railway Industry Association (RIA) has highlighted how hydrogen trains could play a role in the country’s plan to decarbonise the railway.

While there are plans to introduce hydrogen trains in Britain, with three trains developed so far, there are currently no confirmed orders.

On June 23 RIA issued a briefing stating that the trains could kickstart the decarbonisation of the rail network, support jobs and investment and back a burgeoning industry with a fleet order that could create further investment and a capability to build trains that could be exported.

This call was made ahead of the government publishing its upcoming hydrogen strategy.

Ms Kate Jennings, RIA policy director, said: “The UK rail industry has the capability to be world-leaders in developing hydrogen trains. As we approach COP26 [being held this November in Glasgow], the government has the opportunity to kickstart the decarbonisation of the railways and showcase our expertise in this area.”