THE vice-president of Brittany Mr Gérard Lahellec announced on April 22 that the French region will exercise an option worth around €100m with Bombardier for 10 additional Regio 2N EMUs, taking the region's total fleet of the double-deck trains to 27. 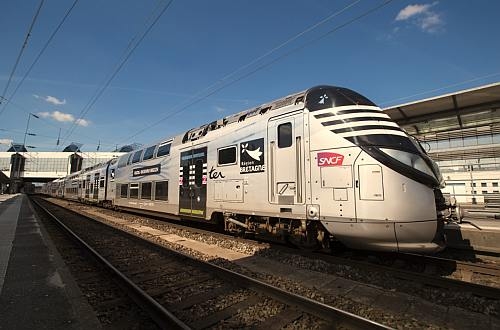 Brittany was one of six regions to participate in an initial order for 129 Regio 2N sets in 2010. So far the region has received five class Z 55500 trains, the first of which entered service on the Rennes – St Malo line last October.

Brittany's initial order was worth around €200m and comprised 10 110m-long trains, which seat 491 passengers, and seven 83m-long sets, which seat 350. Deliveries of the initial batch are due to be completed next year, with the second tranche of 10 trains due to arrive from 2017 onwards.

Like the first batch, the additional trains will be assembled at Bombardier's Crespin plant in northeast France.

Brittany is introducing double-deck trains to increase capacity on regional services, which have seen ridership double over the last decade to around 10 million passengers a year.