THE first of five ETR 452 Civity EMUs being supplied by CAF for the Bari suburban network was presented to Puglia regional councillor for mobility and transport Mr Giovanni Giannini, by the president of regional rail operator Ferrotramviaria Mrs Gloria Pasquini and by the company's general director Mr Massimo Nitti on December 19. 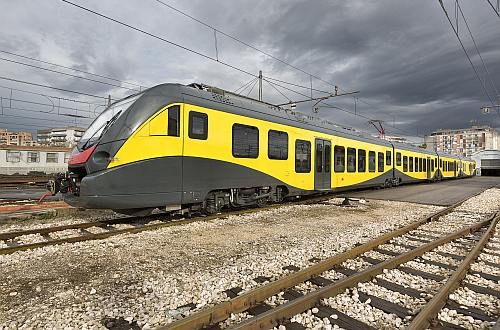 The first two trains are now being used on services from Bari to Barletta and the Karol Wojtyla airport rail link, which opened in 2013.

The remaining three trains are due to be delivered to Ferrotramviaria later this year.

The 160km/h four-car ETR 452s accommodate up to 448 passengers, 243 of them seated, with dedicated spaces for bicycles and wheelchairs.