CAF reported an 18.4% fall in net turnover to €306.6m in the first quarter of 2015 following a decline in industrial activity due to "scheduling reasons." 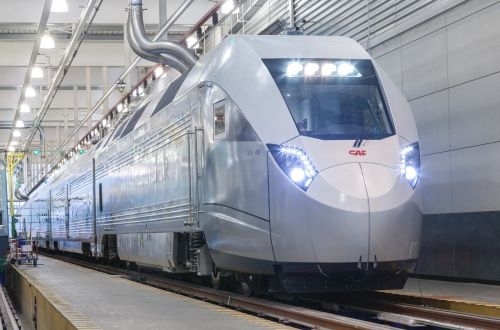 This translated to a fall in profit for the period to €20.1m, a decline of 21.7%, which the company also attributes to a devaluing of the Brazilian Real compared with the Euro and the sale in the same quarter of 2014 of its shareholding in the Seville Metro concessionaire. Net profit also fell by 27.6% to €14.1m.

However, the company did report a record first quarter order backlog of €5.37bn, an improvement of 14.22% compared with the first quarter of 2014. This figure does not include the recent €118m order for eight Oaris high-speed trains for Norwegian operator Flytoget.

• CAF recently completed delivery of the first of five 200km/h diesel push-pull trains (pictured) for Saudi Railway Company's (SAR) 1418km North-South line. CAF agreed a Riyal 533m contract with SAR for the trains in March 2012. The trains are expected to run in formations of nine and 13 cars.