CAF announced on July 13 that it is planning to build a rolling stock plant in South Wales, which will assemble vehicles for the British market. 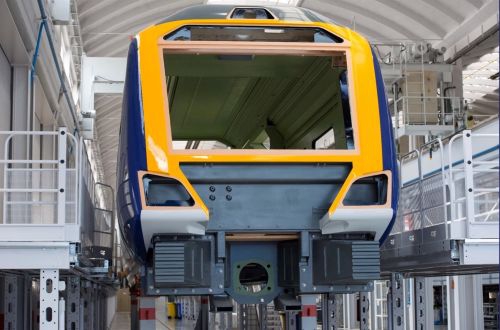 After looking at more than 100 locations around Britain, CAF has decided to build the 46,000m2 facility at the Celtic Business Park, which uses part of the site of the former Llanwern steelworks east of Newport. CAF says it selected this location because of its proximity to main roads, railways and ports, and the local availability of engineering skills.

The plant is due to open in autumn 2018 and will initially employ 200 staff, rising to 300 by 2019. Recruitment is expected to begin next spring, and training and apprenticeship schemes will be offered from autumn 2018.

CAF says it is investing £30m in the new plant, with grant support from the Welsh government’s Inward Investment Programme.

CAF currently has contracts to supply 482 vehicles to Britain, with customers including Caledonian Sleepers, Arriva Trains Northern, and TransPennine Express. The company has also supplied LRVs for light rail networks in the West Midlands and Edinburgh.