BRITISH rolling stock leasing company Eversholt Rail announced on January 22 that it has signed contracts with Arriva Rail North and CAF to finance and procure 281 regional multiple unit vehicles for the new nine-year Northern franchise, which starts in April. 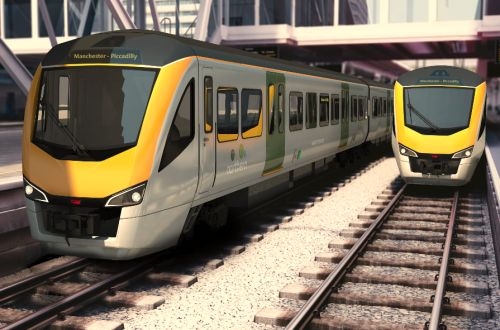 The £490m order comprises 31 three-car and 12 four-car EMUs together with 25 two-car and 30 three-car DMUs, all of which are due to enter service by December 2018. The 160km/h trains will be based on CAF's Civity platform and assembly will be carried out at CAF's facilities in Spain.

The new EMUs will be deployed on Northern Connect regional express services from Blackpool, Windermere and Preston to Manchester Piccadilly, Manchester Airport, Crewe, and Stoke-on-Trent. They will also be used on Manchester - Glossop/Hadfield services, which are currently operated by class 323 EMUs, and supplement the existing fleet of class 333 EMUs on services from Leeds to Ilkley, Skipton, and Doncaster.

Last year CAF was awarded a contract to supply 75 coaches for Caledonian Sleeper services from London to Scotland and the company has also supplied 20 Urbos LRVs to Centro for the Midland Metro light rail line between Birmingham and Wolverhampton.