BRITISH train operator TransPennine Express (TPE) has selected CAF, Spain, to supply and maintain a fleet of 200km/h inter-city EMUs as well as coaches to be hauled by class 68 locomotives under a total investment worth £230m. 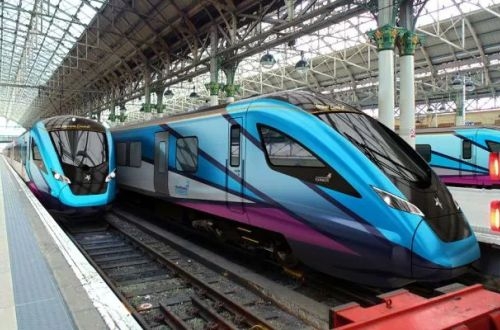 CAF will build 12 five-car Civity UK InterCity EMUs under a deal worth £120m to be funded by British rolling stock leasing company Eversholt Rail Group. The trains are scheduled to enter service on the Manchester/Liverpool – Glasgow/Edinburgh route in 2019 replacing Siemens class 350/4 177km/h EMUs.

The acquisition of 13 sets of five-car locomotive-hauled coaches will be financed by Beacon Rail Leasing, the owner of the class 68 diesel locomotives which will be leased to TPE by Direct Rail Services. These trains will be delivered in 2018 and will initially be deployed on the Liverpool – Manchester – Leeds – Newcastle route replacing three-car class 185 DMUs. However, with the delivery of Hitachi AT300 bi-mode trains for this route in 2019, the locomotive-hauled sets will be redeployed on Liverpool - Scarborough and Manchester Airport - Middlesbrough services.

All the new trains will be air-conditioned, and will have Wi-Fi and servers to enable passengers to stream TV shows and films.

The trains will be maintained by Alstom until the TransPennine Express franchise, which is held by First Group, expires in 2023. As a result of winning this and another contract in January to supply 43 EMUs and 55 DMUs to Arriva Rail North for its Northern franchise, CAF says it plans to establish facilities in Britain to assembly, test and maintain rolling stock, and to set up a spares supply and management logistics centre.

TPE also awarded a contract to Hitachi Rail in March to supply 19 five-car bi-mode (diesel and electric) AT300 multiple units as part of a £500m franchise commitment to expand its rolling stock fleet.