Consortium to develop prototype coaches for CP by 2025 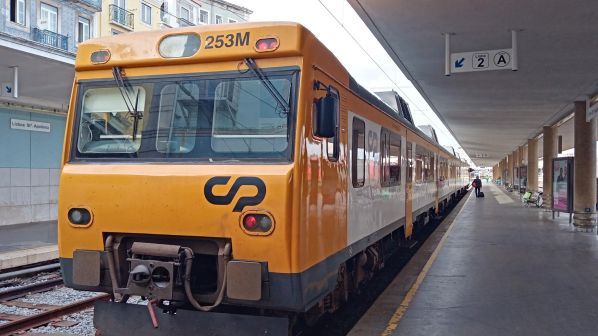 A consortium of 13 companies has been awarded funding through Portugal’s Recovery and Resilience Plan (RRP) to develop three prototype coaches for Portuguese Trains (CP), which are expected to be completed by 2025.

The consortium, led by Sermec, will develop a first-class coach, along with two second-class coaches, including one with a bar area, and another with bicycle storage.

“We’ve got the funding and we are really going to move forward, and by 2025 we will have three prototype carriages in Portugal,” says CP vice president and acting chairman, Mr Pedro Moreira.

Sermec CEO, Mr Mário Duarte, said the coaches would be designed as push-pull trains, with the option to incorporate a driving car to allow the train to reverse without the locomotive having to change ends.

The project is worth €69.9m, with consortium members contributing €56.3m. The consortium also includes the Association of Metallurgical, Metal Mechanical and Allied Industries of Portugal (Aimmap), Busrail, the Centre of Technological Support to the Metal Mechanical Industry (Catim), Fibrauto, the Institute for Science and Innovation in Mechanical Engineering and Industrial Engineering (Inegi), Nomad Tech, New Sign Solutions, Portuguese Railway Platform, Phyxius Holding, Sunviauto, and the University of Porto.

The coaches will operate on CP inter-city services. Duarte says the project could reduce the need for Portugal to import passenger rolling stock by 75%, with the possibility to export coaches in future. “After having this train certified, we can apply for several tenders at a European level,” he says.

The national operator is also finalising specifications for the purchase of high-speed trains, worth €650m, for the new Porto - Lisbon high-speed line. This includes a base order for 12 trains, with an option for a further 14.