A three-car DMU built by TZV Gredelj, Croatia, has arrived in Sweden for a promotional visit to the Inland Railway. 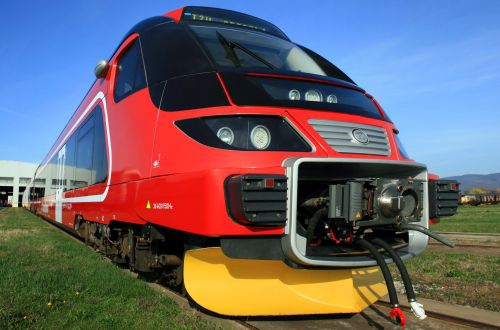 The train will go on public display at stations on the Östersund - Mora section of the route between March 29 and April 1.

The visit is part of the Inlandspendeln project, which seeks to demonstrate the potential for operating regular passenger services on part of the route, which is currently only used by tourist and freight trains.

Gredlj says it began discussing the project with Inland Railway at InnoTrans in Berlin last September.