CROATIAN Railways (HŽ) concluded its largest-ever rolling stock on January 30, with the signing of a Kuna 1.63bn ($US 290m) contract with domestic supplier Končar for 44 multiple units. 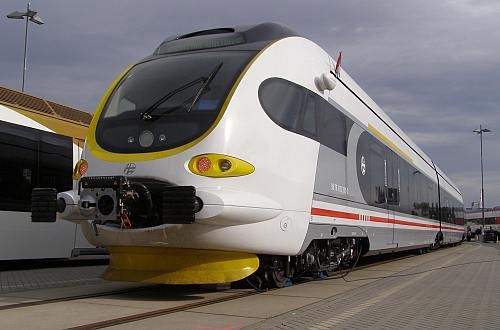 The signing ceremony at Zagreb's main station was attended by Croatian prime minister Mr Branko Grčič, and minister of maritime affairs, transport and infrastructure, Mr Sinisa Hajdaš Dončič. Following the ceremony, guests were invited to travel on the prototype class 6112 emu, which was supplied to HŽ by Končar in 2011.

The order comprises 16 regional emus, 16 suburban emus for services in the Zagreb area, and 12 dmus. Končar will deliver the trains between 2015 and 2017.

HŽ is funding the order with the aid of a Kuna 816.2m loan from the Croatian Bank for Reconstruction and Development (HBOR), which was approved last month.