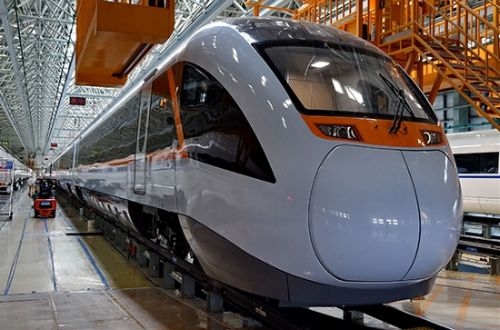 The hybrid train will have a pantograph for conventional electric operation and other power sources including a diesel generator pack and a battery pack in order to operate on non-electrified lines. The new train is designed for a maximum operating speed of between 120 and 160km/h, and CRRC says it is best-suited to operate on lines shorter than 100km, or on rail journeys of less than an hour.

Mr An Zhongyi, CRRC Changchun's general manager, says the train will give China the edge in hybrid-powered trains which can switch between electrified and non-electrified railways.