RUSSIAN manufacturer Muromteplovoz has built the prototype of a new railbus design for minor branch lines in Cuba. 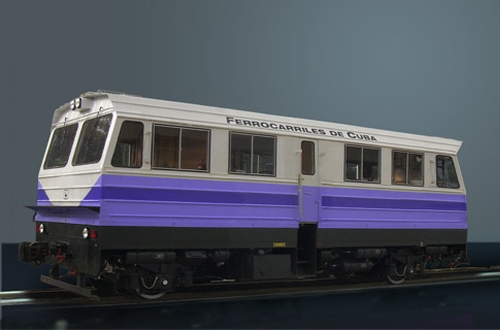 The new railbus is named “Alisa” and is smaller than the SV-10 DMUs which are currently being assembled in Cuba by Muromteplovoz.

The railbus weighs 12 tonnes and it can travel on minor branch lines with lightly-laid track. It can accommodate 50 passengers, 24 seated, and is powered by a YaMZ-236 engine via mechanical transmission.

The prototype was sent to Cuba as an exhibit during a trade fair last year.

No more details have been given, but it is likely that series production will involve assembly in Cuba, just like the SV-10 DMUs. The new railcar will be used on minor branch lines which are at present being served by Cuban-built Carahata railbuses which are almost life-expired.

For data on rolling stock orders from around the world, subscribe to IRJ Pro.