GERMAN Rail (DB) finally started passenger operation of its new IC2 double-deck push-pull inter-city trains with the launch of the 2016 timetable on December 13. 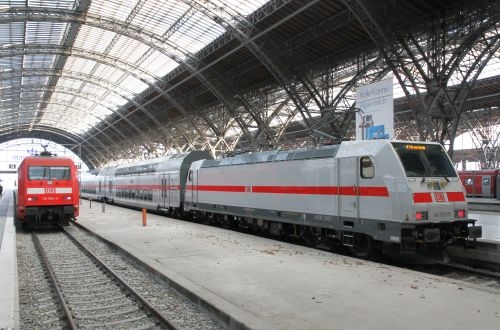 Originally due to enter service in December 2013 but delayed by approval problems, the IC2s as are formed of five Bombardier Twindexx double-deck coaches with a new class 146.5 Traxx AC2 locomotive providing traction.

The first services to be operated by the IC2 sets are on the Leipzig – Hannover – Norddeich Mole route, with nine sets diagrammed for daily use. The trains are based at the DB Long Distance depot in Leipzig.

The IC2s have been in limited use since November 16 on special trains carrying DB employees between Hannover and Leipzig. DB plans to introduce all 27 trains by March 2016 with services on the Dresden - Cologne route switching to IC2 in February, followed by Cologne - Norddeich Mole in March.

A further 17 IC2 sets are on order from Bombardier for introduction from December 2017 on Karlsruhe - Stuttgart - Nuremberg and Stuttgart – Zürich services.