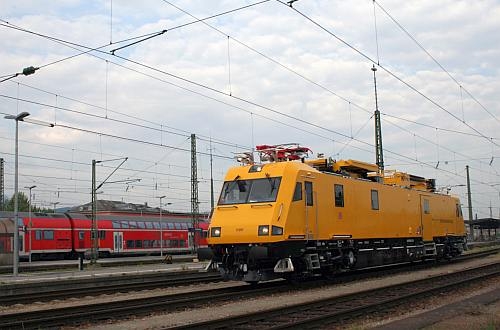 The four-axle vehicles are powered by two 480kW Deutz diesel engines and are equipped with two rotating roof-mounted platforms and a hydraulic pushing device, which supports the messenger and contact wires during maintenance operations. There is also a 10.5m-long workshop area inside the vehicle.

DB Networks has received eight similar vehicles from Robel since 2010, but the unlike the initial order the latest batch is equipped with ETCS.