IRJ at InnoTrans 2014: GERMAN Rail (DB) announced at InnoTrans on September 24 that it has placed a further order for 26 three-car Link DMUs with Pesa as part of a framework agreement signed with the Polish supplier at InnoTrans 2012 for up to 470 sets. 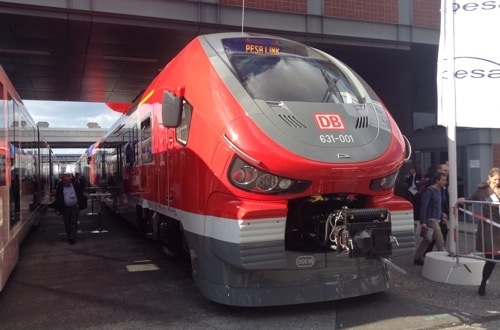 DB says the contract is worth around €100m and the trains will enter service in late 2017.

The DMUs will be deployed on regional services connecting Ulm, Augsburg, Pfronten-Steinach and Lindau/Oberstdorf as part of the Allgäu Diesel Network concession, which was recently awarded to DB Regio.