GERMAN Rail has signed a €146m contract with Bombardier for 29 class 442 Talent 2 suburban emus as part of a framework deal for up to 321 trains, which was agreed in 2007. 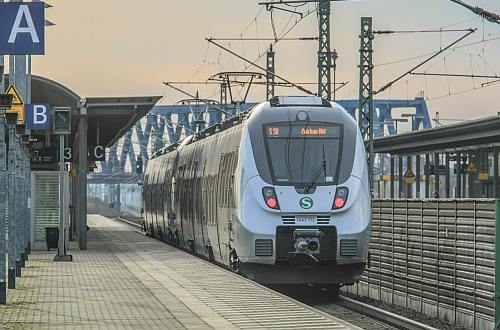 The batch of 19 three-car and 10 five-car trains will be used on the Mid-German S-Bahn network around Leipzig and are due to enter service in autumn 2016.

DB is ordering the trains for the Mid-German S-Bahn Network Lot 2 concession originally due to be operated by Abellio, which decided last October to withdraw from its contract with the states of Saxony Anhalt and Brandenburg and Leipzig area transport authority ZVNL. The concession covers the operation of 5.6 million train-km per year on the routes from from Leipzig to Magdeburg, Dessau, Lutherstadt Wittenberg in Saxony-Anhalt and Jüterbog/Falkenberg (Elster) in Brandenburg.

DB has already ordered 36 three-car and 15 four-car Talent 2 sets for the Mid-German S-Bahn, which entered service in the months before the launch of the first phase of the network in December 2013.