SIEMENS announced on February 16 that DB Regio has ordered 39 EMUs to operate on its Rhine Valley rail network in southwest Germany from 2020. 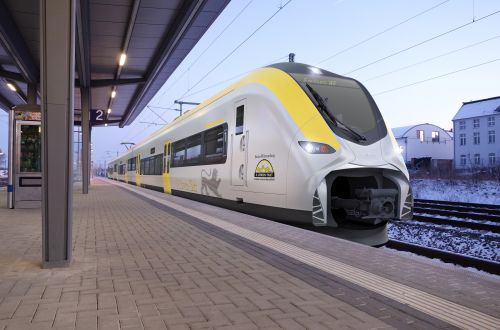 The order comprises 15 Desiro HC and 24 Mireo trains. This is the first order for Siemens’ new Mireo regional trains.

The number of trains operating in the Rhine Valley will be substantially expanded and services will be restructured. Regional Express trains will run separately to the regional S-Bahn which will serve all local stations.

The Mireo trains will operate as a regional train along the Offenburg - Freiburg - Basle/Neuenburg (Switzerland) route and between Freiburg and Endingen/Breisach on Sundays. Each three-car set will seat 220 passengers.

The Desiro HC trains will operate Regional Express services on the Karlsruhe - Offenburg - Freiburg - Basle line, with each train consisting of four cars, including two intermediate double-deck cars. The single-deck driving cars are step-free and meet the needs of mobility-impaired passengers. The trains will be 105m long with 410 seats.

Both trains have a maximum speed of 160km/h.