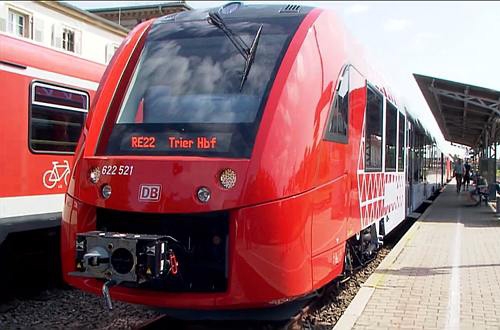 The fleet of 14 Lint 41 (class 623) and 24 Lint 54 (class 622) trains have been procured by DB Regio for ZSPNV-Süd's South West Diesel Network which, with a term of 22.5 years, is one of the longest regional rail concessions in Germany.

The new trains are being ordered as part of the Rheinland-Pfalz-Takt 2015 programme to improve rail services in the region and will replace 20-year old DB Regio class 628 DMUs currently used on these lines.