GERMAN Rail (DB) has issued a tender for the provision of new locomotive-operated push-pull single-deck inter-city trains. The trains will be bought by DB using its own resources; no EU funding is involved. 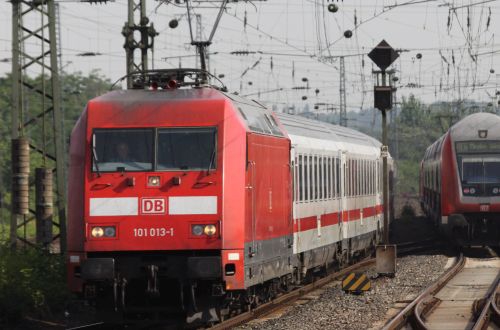 The tender is open to suppliers that can demonstrate they have delivered a fully approved for service, new-built train in either Germany, Austria or the Netherlands in the last five years. DB states that the tender is open to consortia as well as individual suppliers, and that overall quality factors will be considered alongside price in determining the winning bid.

Each of the new trains will be able to accommodate 485 passengers and will be approved for use in Germany and Austria plus other undefined “European countries.” DB anticipates that 20 complete trains will delivered per year from 2021 onwards.

DB announced in 2015 the creation of an expanded inter-city network by 2030, adding that it would order 130 new intercity trains to operate the network and to replace existing rolling stock - most of which is at least 20-years-old. Thus far, DB has ordered 44 IC2 double-deck trains from Bombardier, over half of which are now in service.