GERMAN Rail (DB) announced on September 27 that it is investing more than €1bn in its high-speed ICE fleet, including the purchase of an additional 18 seven-car ICE 4 trains and 50 intermediate second-class vehicles to lengthen half of the 100 12-car ICE 4 trains currently being delivered by Siemens to 13 cars. 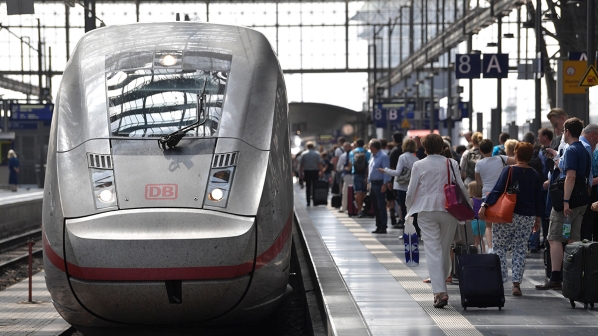 The €700m investment in the ICE 4s is in addition to the €5.3bn previously invested in the fleet. DB is also investing around €320m to modernise the ICE 1s, bringing to total new investment in the long distance fleet to more than €1bn.

The announcement comes after DB confirmed to IRJ in August that it planned to place an order for the additional class 412 ICE 4 high-speed trains using options available in the original 2011 contract.

The number of passengers traveling on DB’s ICE services have risen continuously in the last three years to 142 million in 2017 and DB expects to set a new passenger record in 2018. DB says it is significantly expanding its long-distance offensive launched in 2015 with the additional trains and cars and plans to attract even more passengers to rail.

The additional intermediate car will expand the ICE 4s to 13 cars, which at 375m-long will be the longest train in the DB fleet. The number of seats will be increased from 830 to 918 - about five times more capacity than in an average short-haul aircraft and about 15 times more than in a long-distance bus. The 13-car train will be used to increase capacity on routes which are already experiencing high demand.

The additional car will be powered to increase traction power and ensure more reliable operation on routes with steep gradients, such as the Cologne - Frankfurt high-speed line. DB has also tested an increase in top speed from 250km/h to 265km/h.

The order for 18 additional seven-car ICE 4 trains nearly doubles the original order from 19 to 37 sets.

DB says the €320m investment in the ICE 1 fleet will prepare the trains, which were built between 1989 and 1993, for use until 2030 to increase its operational reserves. The improvements will include new seat covers and carpets, a modern passenger information system and improved traction technology.

“With these additional investments we are making rail even more attractive,” says DB chairman, Dr Richard Lutz. “For our long-distance passengers this means more space, more comfort and a wider range. Rail is and remains the key to a successful traffic turnaround.”

“We are continuing to develop our offer consistently,” says DB passenger transport director, Mr Berthold Huber. “By investing in the modernisation of our fleet, we are reducing the average age of our vehicles, creating additional capacity and becoming more flexible. That's how we can improve reliability and space on high-demand routes.”