SWISS Federal Railways (SBB) announced on November 19 that it has agreed a revised delivery schedule with Bombardier for a fleet of 59 eight-car Twindexx Express IR 200 long-distance trains ordered four years ago, which will now enter service more than three years later than originally envisaged. 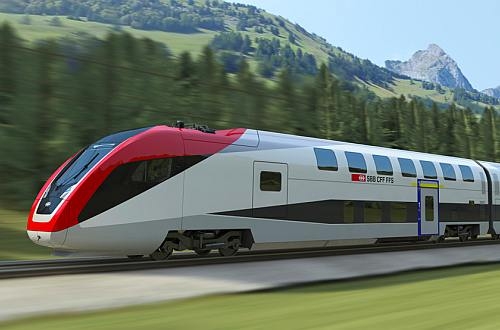 The SFr 1.86bn ($US 2.06bn) contract was signed in May 2010 and is SBB's largest-ever rolling stock procurement, as well as being the first ever order for tilting double-deck EMUs. Deliveries were due to commence in December 2013 with the final sets scheduled to enter service at the end of 2019.

SBB says assembly of the first pre-series train is due to be completed at Bombardier's Henningsdorf plant near Berlin next month and a second train is due to be rolled at the company's Villeneuve facility in Switzerland in February. If the production, testing, and commissioning of these two sets is successful, the fleet will enter service from 2017 onwards.

SBB says that Bombardier will provide three additional trains together with spare parts as compensation for late delivery, on the condition that the pre-series trains meet SBB's quality requirements.