DANISH State Railways (DSB) announced on June 23 that it has reached an agreement with an unnamed foreign buyer for the sale of 15 of its 23 AnsaldoBreda IC2 DMUs. 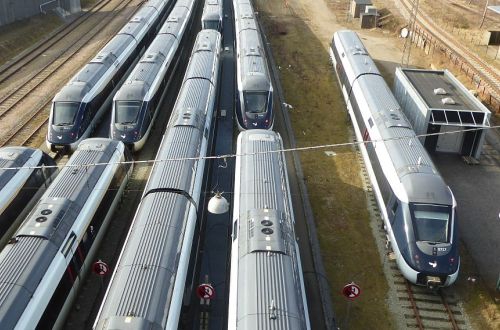 DSB ordered 82 four-car IC4 and 23 IC2 two-car sets from the Italian manufacturer in 2000 and the first trains were due to enter service in 2003, but the trains have been beset by technical problems and their introduction was heavily delayed.

The trains finally entered service in 2012, but the problems with the fleet continued and in August 2016 DSB withdrew the trains, which were subsequently offered for sale in February 2017. One train has been donated to the Danish Railway Museum and the remaining seven sets will be scrapped.

Initially the buyer will take three sets, with sale of the remainder being conditional on gaining certification for operation with passengers.

DSB says the trains have been sold as seen without any warranty.

DSB plans to withdraw the similar IC4 DMUs by 2024.