GERMAN Rail (DB) has decided to terminate the lease on the fleet of 13 class 605 ICE-TD inter-city DMUs used by Danish State Railways (DSB) on Eurocity services from Hamburg to Copenhagen and Aarhus. 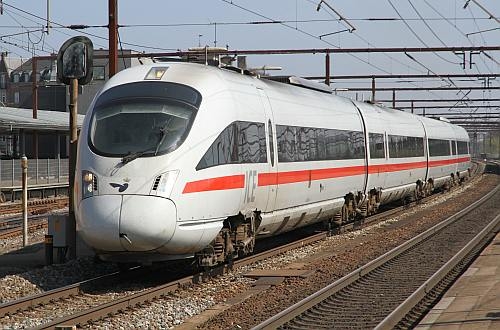 These trains were built in 1999-2000 but removed from regular use in Germany around 2003, although some were reactivated during the Football World Cup in Germany in 2006. DB started to lease some of the trains to DSB in 2007 for services between Germany and Denmark.

However, DB will terminate the lease on the trains early in December 2016, despite recently agreeing to extend the contract until 2021.

Whilst DSB was given an option to buy the trains from DB it has reportedly rejected this option and will utilise older IC3 DMUs from its existing fleet, 17 of which are already fitted with German safety systems. Increasing maintenance costs combined with the need for a heavy overhaul are believed to be behind DB's decision to cease leasing the trains.

As the train ferries used to cross the Fehmarnbelt between Puttgarden in Germany and Rødby in Denmark can handle two DSB IC3 DMUs rather than just one ICE-TD the number of seats available may increase from 196 to 276, assuming DSB uses two trains.

DSB is evaluating re-routing trains away from the sea crossing altogether using the longer continuous rail route via Odense pending the completion of the Fehmarnbelt fixed link, which will provide a direct rail connection between Copenhagen and Hamburg.