IRJ at InnoTrans 2018: DTI, Australia, has finalised contract negotiations with Alstom Ubunye for the supply of Passenger Information Systems (PIS) for 576 X’Trapolis EMUs being manufactured for Passenger Rail Agency of South Africa (Prasa). 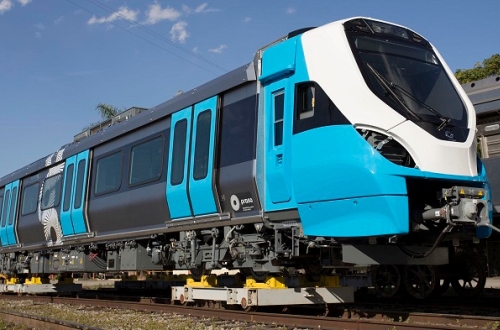 Each train, which will be manufactured in South Africa, will feature side, front and internal displays on each carriage which will use DTI technology.

The contract, valued at $A 19.1m ($US 13.8m), was previously announced to the Australian Securities Exchange (ASX) as a Letter of Intent on June 12 2017. Deliveries of the systems are expected to commence in December 2018 and will be supplied over ten years until 2028. After an initial ramp-up, DTI is expecting to deliver around 60 sets each year.

The contract was formally signed at InnoTrans 2018 in Berlin with representatives from DTI, Alstom, Austrade and the Australasian Railway Association in attendance.