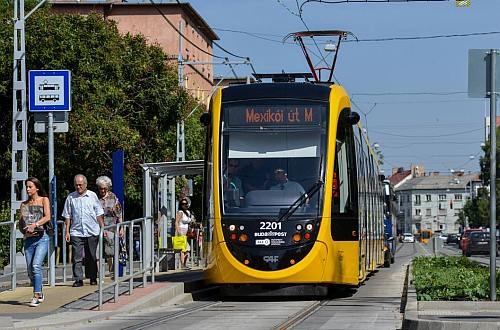 Under the agreement 10 vehicles ordered as an option from the original contract in 2014 will be assembled at the Dunakeszi plant north of Budapest, with deliveries scheduled for May - October 2016. The contract also includes performing static tests and delivery.

A total of 47 vehicles are currently on order with options remaining for between 40 and 77 additional units.

The Hungarian state, which is the majority owner of the plant, has given Dunakeszi the go-ahead to take up a bank loan worth up to Forints 1bn ($US 3.4m) to fund the acquisition of equipment. The total value of the contract is only Forints 900m but gives Dunakeszi a crucial reference in tram assembly, which could provide a basis for further work.

Plans to build a test track at Dunakeszi have not been included in the contract and all testing will be carried out at depots and on the BKV tram network.