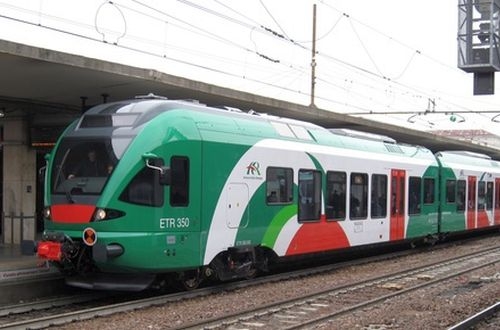 Last July the Emilia Romagna government awarded a joint venture of Trenitalia and TPER a 15-year contract to operate bus and train services in the region from the end of 2018, a deal which includes a €750m investment in 96 new trains.

Trenitalia and TPER have now confirmed that 22 of these trains, representing an investment of €150m, will be delivered next year. This first tranche of 22 trains will comprise 14 Stadler ETR 350 Flirt EMUs and eight five-car sets of Vivalto push-pull double-deck coaches from Hitachi Rail Italy, which will operate with Bombardier E464 electric locomotives.

The EMUs are due to be deployed on services from Bologna to Portomaggiore and Vignola, while the Vivaltos will be used on the Rimini - Bologna - Parma - Piacenza corridor.