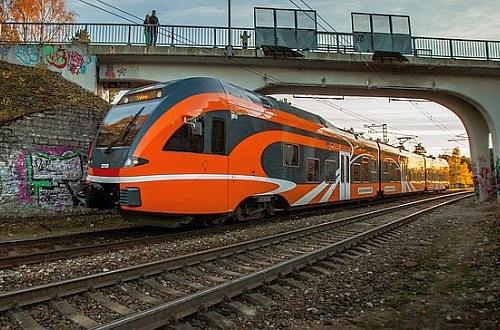 According to Estonian newspaper Postimees Elron CEO Mr Andrus Ossip met with economy and infrastructure minister Mr Kristen Michal on May 19 to discuss the proposals. Ossip says the ministry is supportive of Elron's plans and a final decision on whether to proceed is expected next month.

The total value of the order is expected to be around €30m with delivery tentatively scheduled for 2018.

The new trains would enable the redeployment of rolling stock currently used on the Tallinn – Tartu line to other routes such as Tallinn – Narva, enabling Elron to provide more frequent services.

Elron currently operates a fleet of 18 EMUs and 20 DMUs on suburban and regional services, which were supplied by Stadler between 2012 and 2014, although these are not considered suitable for the Tallinn – Tartu route, which has journey times of around two hours.