BRITISH rolling stock leasing company Eversholt Rail has revealed details of the £60m upgrade being carried out by Wabtec on 30 four-car class 321 EMUs currently leased by Abellio Greater Anglia (AGA) for services from London Liverpool Street to Essex and Suffolk. 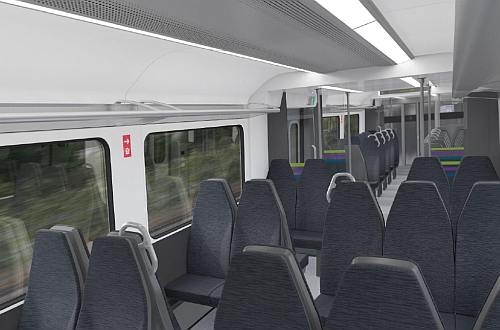 The Renatus (Latin for "born again") programme involves equipping the trains with new air-conditioning and heating, new seating, enlarged vestibules, Wi-Fi, passenger power sockets, energy-efficient lighting, and renewal and remodelling of interior surfaces. Each train is also being fitted with an accessible toilet to comply with the TSI for passengers with reduced mobility (PRM TSI) which all passenger rolling stock in use on the British mainline network must meet by the end of 2019.

The work is being carried out at Wabtec's Doncaster facility under a contract awarded by Eversholt earlier this year. The first 10 trains will be delivered to AGA before the end of the current Anglia franchise in 2016 and Eversholt will offer the remaining 20 trains to the operator of the new franchise.

In addition to passenger enhancements, Eversholt's class 321 demonstrator set is currently being equipped with ac traction motors, new auxiliary systems and new braking systems by Vossloh Kiepe at Network Rail's Innovation and Development Centre at Old Dalby near Nottingham. Testing will begin on the centre's test track in October and is due to continue until next spring. Eversholt says it is investing £5.5m in this prototype retractioning project.