FAIVELEY Transport has been awarded contracts by Bombardier worth in excess of €60m to supply components for 355 M7 double-decker coaches being supplied by the Bombardier-Alstom consortium to Belgian National Railways (SNCB). 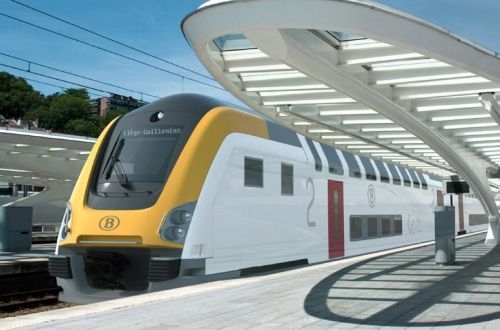 The components comprise braking systems; couplers; heating, ventilation and air-conditioning (HVAC) equipment; and auxiliary converters. The coaches concerned comprise 65 multifunctional driving cars and 290 trailers. The components will be produced at several Faiveley sites in Belgium, the Czech Republic, France, Germany, Italy, Sweden and Switzerland, and deliveries are expected to start in early 2017 and be completed by 2028.

SNCB signed a framework contract with the consortium in December 2015 for up to 1362 M7 double-deck coaches worth up to €3.3bn, and this component contract is for the first vehicles.

The 200km/h M7s are based on the fleet of 492 M6 coaches supplied to SNCB by the consortium, but unlike their predecessors will be designed to operate as EMUs or locomotive-hauled trains. The M7 coaches are designed to operate on both conventional and some high-speed lines in Belgium, the Netherlands and Luxembourg.