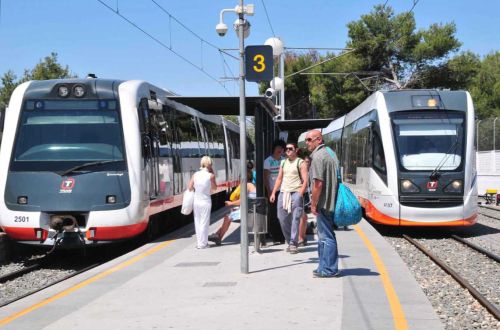 The metre-gauge trains will operate under electric power on the 43.2km Alicante - Benidorm line and in diesel mode on the 50.8km Benidorm - Dénia line.

The trains are being procured as part of a €100m project to upgrade the Benidorm - Dénia line, which aims to bring the route up to the same standards of comfort and accessibility as the Alicante light rail network.

Services to Denia are currently operated by class 2500 DMUs, which were built between 1966 and 1973. FGV says these trains have been modernised several times, but suffer poor reliability and no longer meet current regulations.

The new trains will enter service in 2019.