AFTER running its final diesel-operated services at the end of 2017, Netherlands Railways (NS) has sold its last remaining DMUs to a Romanian operator. 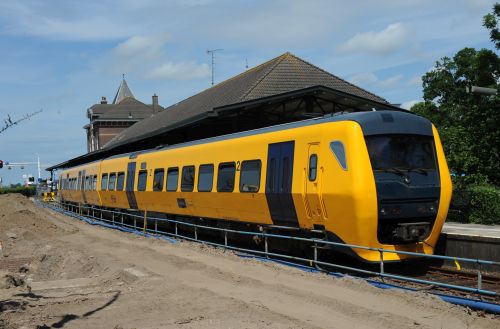 Romanian operator Ferotrans-TFI has purchased almost all of the two-car DM 90 sets from NS Financial Services.

The original fleet of 53 trains was built by Talbot/Duewag in 1996-1998, but was quickly superseded by more modern lightweight rolling stock preferred by new operators when secondary lines passed to regional control.

The trains have a maximum speed of 140km/h and seat 123 passengers in standard class and 12 in first. 12

Ferotrans-TFI plans to begin operating the DM 90s on the Romanian network this summer, with routes including Bucharest - Iasi. The trains will be overhauled at the Electroputere plant at Pascani before entering service, and a Supplementary Authorisation to Place in Service (SAPS) will be required for operation on the Romanian network.