THE first batch of five CAF Mk 5 coaches for Caledonian Sleeper services between London and Scotland arrived in Britain by rail through the Channel Tunnel on the night of January 14/15. 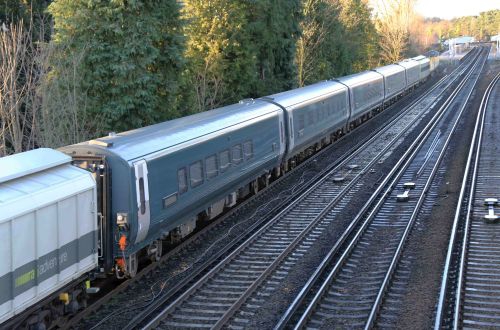 The vehicles were built at CAF’s Beasain plant in northern Spain and had been undergoing dynamic tests at the Velim test centre in the Czech Republic since September 2017.

The coaches were moved to Wembley yard in London on January 15 for forwarding to Polmadie depot in Glasgow, where they arrived on January 16.

The British test programme based at Polmadie will start with static and locomotive interface testing, progressing later to dynamic testing on the Network Rail national system.

Caledonian Sleeper placed a £150m order with CAF in February 2015 for 75 Mk 5 vehicles of five different types. The operator plans to introduce the new coaches later this year, replacing the current fleet of British Rail built Mk3 sleeper vehicles, which date from the 1980s.