BRITISH open-access inter-city operator Hull Trains has unveiled photos of the first completed body shell for the new Class 802 trains which from December 2019 will replace the fleet of class 180 DMUs on services from London Kings Cross to Hull and Beverley. 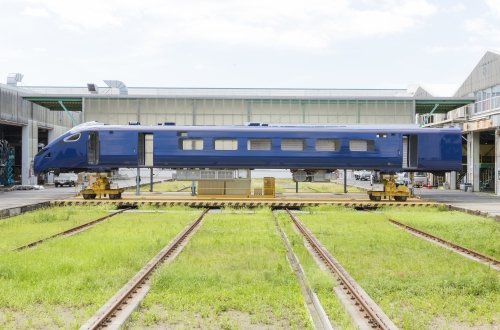 The class 802 body shells are being produced in Kasado, Japan.

Hull Trains says the trains’ maximum speed of 225 km/h will contribute to reduced journey times, while passengers will also benefit from 20% more seating capacity compared to current services, as well as new interiors for greater comfort.

The body shells are being produced at Hitachi Rail’s manufacturing plant in Kasado, Japan. While final assembly was initially due to be carried out at Hitachi’s Newton Aycliffe plant in northeast England, this work will now be completed at the Hitachi Italy facility in Pistoia, Italy, before being tested and shipped to Britain.