THE first of three pre-series Super Express Trains (SETs) being supplied by Hitachi under the Department for Transport's Intercity Express Programme (IEP) was unloaded at the port of Southampton on March 12 in the presence of rail minister Mrs Claire Perry. 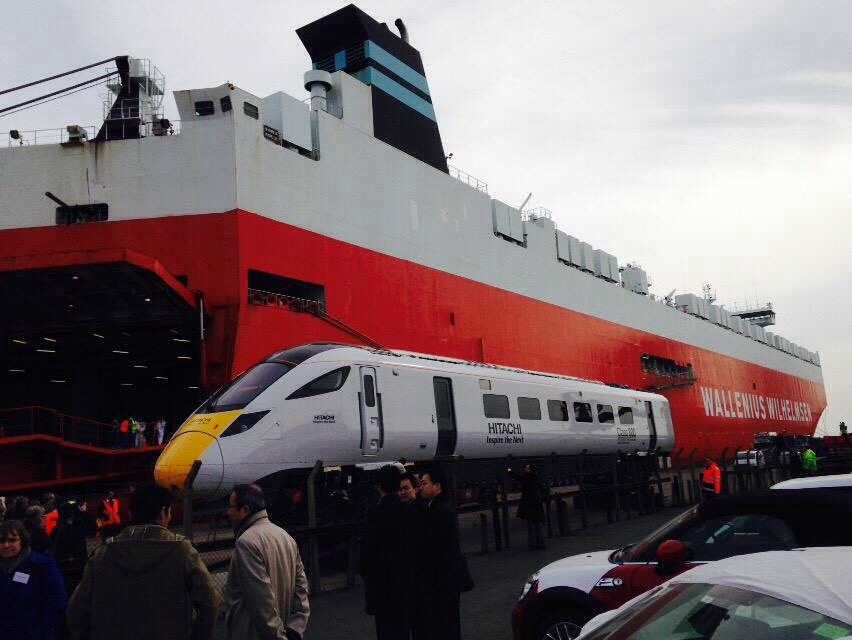 The 225km/h fleet is being financed, supplied and maintained by Agility Trains, a consortium of Hitachi Rail Europe and John Laing under a 27.5-year fixed-price train provision agreement with the DfT.

Agilty will supply a total of 122 trains (866 vehicles) comprising 57 bi-mode (diesel/25kV ac electric) class 800 trains for the Great Western Main Line (GWML), together with 65 bi-mode and electric (class 801) sets for the East Coast Main Line (ECML). The first GWML sets are due to enter service in 2017, coinciding with electrification of the line from London to Bristol and Cardiff, while the ECML trains will be introduced from 2018 onwards.

The first train, a five-car class 800 for the GWML, is due to begin trials expected to begin at the Old Dalby test track near Nottingham next month. Testing will also be carried out in a Signal Protected Zone (SPZ) on the ECML.

The first 10 trains are being built at Hitachi's Kasado plant in Japan. The remaining 110 sets will be assembled at the company's new purpose-built Newton Aycliffe plant in northeast England, with production due to begin next year.

A full description of the SET can be viewed here.