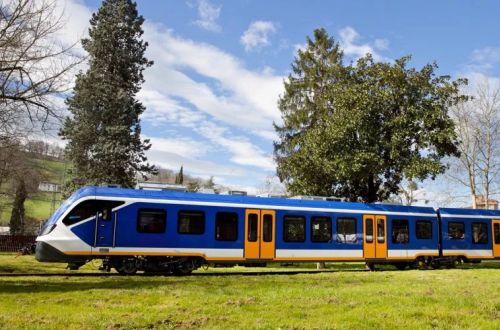 The first set will undergo dynamic testing at the VUZ test centre in Velim, Czech Republic, while the second train will be sent to Vienna for tests in the Rail Tec Arsenal climatic chamber.

The trains are due to enter service from next year as part of a €2.5bn programme to expand and modernise the NS rolling stock fleet.