THE first two of five double-deck Kiss EMUs ordered from Stadler by Azerbaijan Railways (ADY) under a €70m contract signed in May have arrived in the Azerbaijan capital Baku. 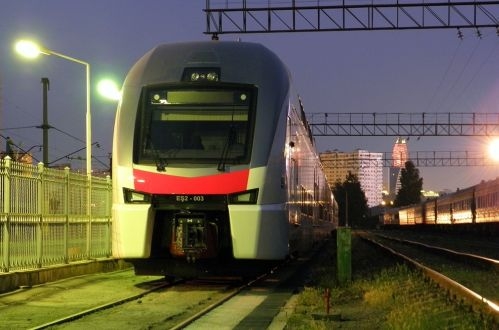 The trains were shipped from Stadler's Minsk factory in Belarus and were initially destined for Moscow airport rail links operator Aeroexpress. Both EMUs were repainted from the Aeroexpress red livery into ADY's white-black-gold colour scheme.

The first two trains will operate between Baku and Korogulu during the European Games, which Baku will host this summer. The remaining trains will be delivered by January 2016 and all five sets will be used on the 43km Baku - Sumgayit line, which is currently being upgraded.

The four-car 1520mm-gauge trains will seat 396 passengers, 84 of them in business class.