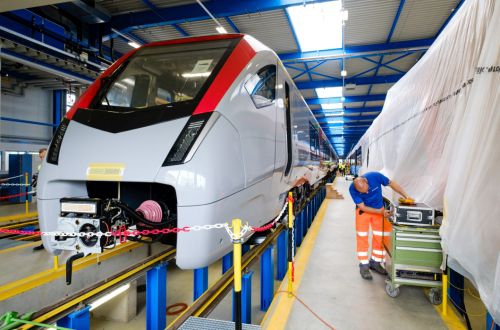 The fleet is being financed by Rock Rail East Anglia, a joint venture between Rock Rail, Aberdeen Standard Investments, and GLIL Infrastructure.

The first class 755 will arrive in Britain in the autumn, with the fleet due to enter commercial service in spring 2019.

Under the contract for the new East Anglia franchise, which was awarded by the Department for Transport in August 2016, Greater Anglia is replacing its entire legacy fleet with 1073 new vehicles, which will expand the fleet by 10% by 2021.