GEORGIAN Railway (GR) launched its new fleet of Stadler Kiss double-deck EMUs on July 25, when the first two trains were introduced on express services from Tbilisi to the Black Sea resorts of Batumi, Kobuleti, and Ureki. 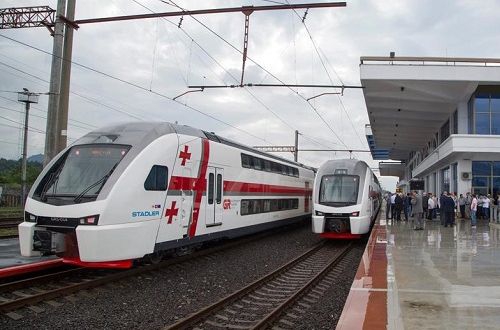 GR signed a €39.6m deal with Stadler in April to acquire four four-car sets, which were originally destined for Russian airport express operator Aeroexpress. All four of the 160km/h 1520m-gauge trains are due to be delivered by September.

Each 101.7m-long set will accommodate around 530 passengers and the trains are equipped with wheelchair lifts and accessible toilets.

Stadler has already delivered five of the trains originally built for Aeroexpress to Azerbaijan Railways (ADY).