PROSE has successfully tested a newly-developed gauge-changing bogie and the associated gauge changing system in Zweisimmen. 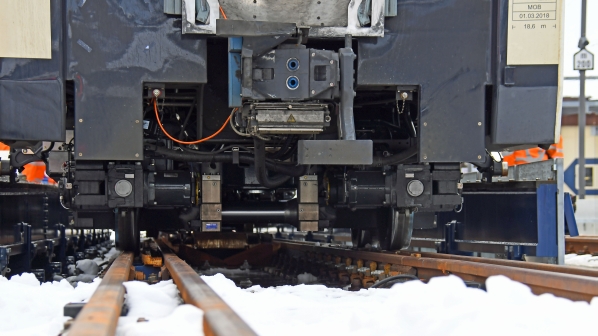 The system has been designed to allow operation on both Montreux Oberland Bernois Railway’s (MOB) metre-gauge line and BLS standard-gauge infrastructure.

In March 2018, MOB awarded Stadler a contract to supply 20 variable-gauge coaches for GoldenPass Express services from Montreux to Zweisimmen and Interlaken East, which it will operate jointly with BLS.

As well as changing the bogie between standard gauge and metre gauge, the system also adapts the floor height of the coaches to match platform heights, which vary by 180mm.

The system developed by Prose was designed to allow the operation of both standard-gauge vehicles and metre-gauge vehicles, as well as the gauge-changing vehicles.