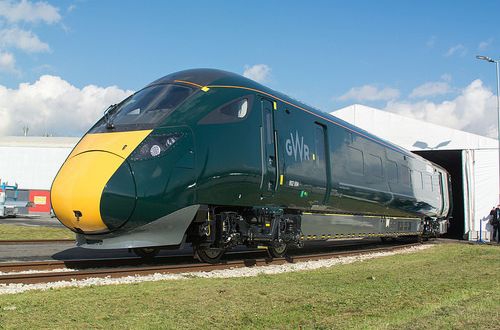 The fleet of 36 bi-mode (diesel and 25kV ac electric) class 802 sets will be used on GWR services from London to Exeter, Paignton, Plymouth and Penzance, replacing diesel High Speed Trains (HSTs) dating from the late 1970s.

The order is being financed by leasing company Eversholt Rail Group.

The first Italian-built train will leave Pistoia later this month and will be delivered to Britain by rail, with a transit time of around six days.

Subsequent deliveries will take place at 12-14 day intervals, with the final train due to arrive in Britain in January 2019.

The trains are expected to enter revenue service on July 16 and the entire fleet will be in traffic by March 2019.