HITACHI Rail Italy (HRI) announced on December 22 that it will be responsible for assembling the fleet of 29 bi-mode AT300 trains ordered by Great Western Railway in July for services from London to Plymouth and Penzance. 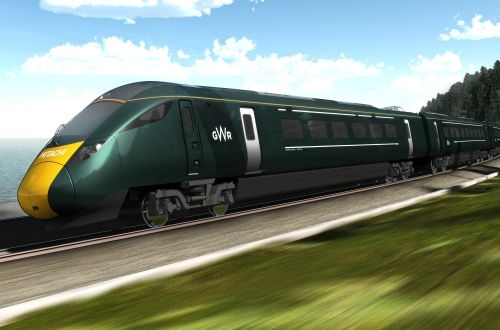 The fleet will consist of 22 five-car and seven nine-car trains, with the five-car sets able to operate in multiple as 10-car trains. The acquisition of the 173 vehicles is being funded by British rolling stock leasing company, Eversholt Rail Group.

At the time of contract signing, Hitachi said it planned to assemble the trains at its Kasado plant in Japan due to the heavy workload at its recently-completed Newton Aycliffe plant in northeast England, which will be assembling class 801/801 trains for the Intercity Express Programme (IEP) and class 385 regional EMUs (AT200) for the ScotRail franchise.

HRI CEO Mr Maurizio Manfellotto says a team from GWR and Eversholt Rail recently visited the company's plant at Pistoia "and was impressed with the quality of design and manufacturing" at the site.

"We are extremely excited about this and the future opportunities we are able to create for our people in Italy as part of a major global force in railway manufacturing, and we are very focussed on delivering for our customer," says Manfellotto.

The Pistoia plant is currently assembling trains for various customers, including Frecciarossa 1000 high-speed trains for Trenitalia and metro trains for Milan.