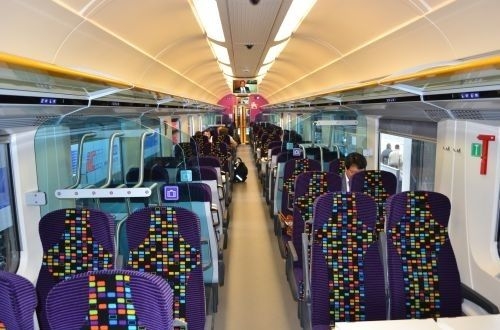 The 200km/h vehicles will be built at MÁV-Start's Szolnok works in partnership with Dunakeszi, Hungary.

Half of the funding (Forints 15.2bn) will come from the national budget in exchange for unpaid debt reimbursement that the government owes MÁV-Start for services provided in 2012-2013. The remainder will be direct government funding.

MÁV-Start says it can produce its own inter-city coaches for Forints 300m per vehicle, compared with around Forints 400m per vehicle for coaches supplied by an international manufacturer.

The company has already published an international tender for 40 bogies capable of 200km/h operation, with a deadline of May 5. From the specification, it appears that the first 20 carriages built may be for international traffic, not domestic use. Delivery of the bogies is expected in mid-2018.

The two prototype IC+ coaches were used on Budapest - Zürich overnight services during March 2016 and on Budapest – Hamburg EuroCity trains earlier this month. Each 26.4m-long standard class coach seats 80 passengers, while the first-class variant seats 58. The coaches are equipped with CCTV, power points, and passenger Wi-Fi.