THE Hungarian government has acquired a 64.9% stake in the carriage works at Dunakeszi near Budapest from Bombardier in a deal worth Forints 2.1bn ($US 7.8m). 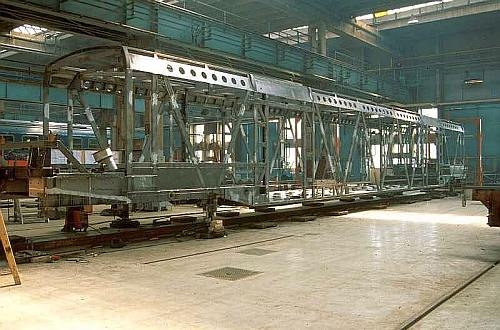 Bombardier Transportation MÁV Hungary has been in the red since 2012 and the number of staff employed at the site has fallen from over 1000 in 2010 to just 370, most of whom work only two days a week.

Hungarian State Railways (MÁV) holds a 25% stake with the workforce holding the remaining 10.1% of shares.

The future of the company will depend on the ability of its new owner, the Hungarian state, to secure work for the site.

Domestic business may be hard to come by as MÁV Start, the passenger subsidiary of MÁV intends to build or rebuild its carriages at its own works in Szolnok, although the company is bidding jointly with Transmashholding, Russia, for a contract to modernise 264 metro cars for Budapest Transport Company (BKV). However, if it is successful in this tender Dunakeszi Járműjavító will have at least 3 years to recover and seek new markets.