INDIAN Railways (IR) says it is preparing to launch a tender for a fleet of fixed-formation 200km/h trains and will hold a pre-bid conference for prospective suppliers this month. 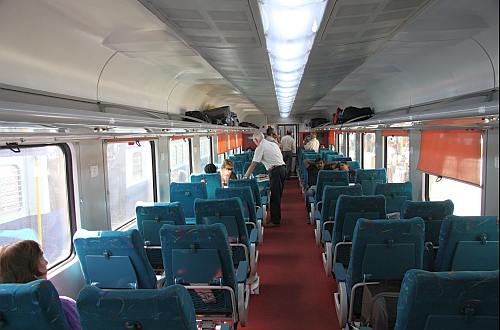 Bombardier, Siemens, Alstom, and Talgo are expected to participate in the conference, where IR will detail plans to acquire 15 trains at an estimated cost of Rs 25bn ($US 500m). IRJ also understands that Chinese, Japanese and Czech suppliers will attend the event.

"Feedback on the perspective of manufacturers will help, especially as India wants trains for operation on existing broad-gauge lines at speeds of 160-200km/h," an IR official said.

India's fastest service is currently the New Delhi-Habibganj Shatabdi Express, which completes the 707km Delhi – Bhopal journey in eight-and-a-half hours, reaching up to 150km/h on the Delhi – Agra section.

IR will issue an international tender next May for the trains, which will replace conventional locomotive-hauled stock on Rajdhani and Shatabdi services.

Bid documents will specify the delivery of two prototype sets, with the series trains due to enter service in 2017. Five trains will be used on Shatabdi services and the remaining 10 on overnight Rajdhani routes with the aim of reducing Delhi – Mumbai and Delhi – Kolkata journey times by around three hours.

"The deal is likely to include Transfer of Technology (ToT) clauses to enable assembly of vehicles in India.