THE first of 21 eight-car 323 series suburban EMUs being supplied by Kinki Sharyo for the Osaka Loop Line was unveiled to the media by West Japan Railway Company (JR West) on June 24. 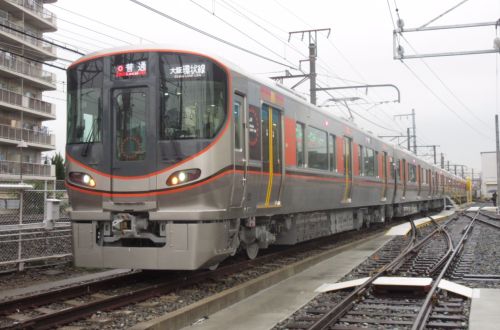 The 1.5kV dc 1067mm-gauge trains were ordered in 2014 to replace the ageing 103 and 201 series EMUs currently operating on the 21.7km Osaka Loop. Each stainless-steel-bodied car has three doors on each side and the trains are equipped with CCTV, passenger Wi-Fi, LED interior lighting, and multilingual passenger information systems.

The first of the 100km/h EMUs will be introduced later this year and the remainder of the fleet is due to enter service by the end of the 2018 financial year.