RUSSIA's Gorkovskay Railway announced on January 11 that it will invest an additional Roubles 1.4bn ($US 46.1m) in 2013 to complete improvements to railway infrastructure in the Russian Republic of Tatarstan ahead of the World Student Games that is being held in the region in July. 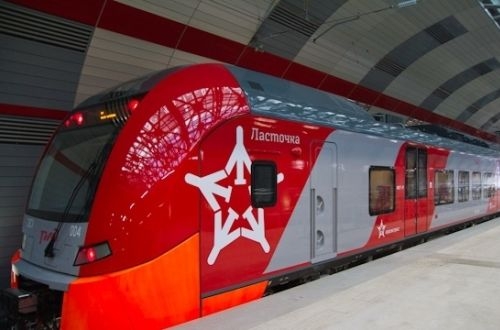 According to the president of Gorkovskay Railways, Mr Anatolia Lesun, Roubles 1bn will be allocated to complete a direct rail connection between the central station in the Republic's capital, Kazan, and the city's international airport. The remaining Roubles 343m is earmarked to improve infrastructure on the railway's 5733km network.

Work on the airport project has involved rehabilitating an existing 28km stretch of line by adding new turnouts and 2.8km of new track to provide a direct link via a flyover to the airport terminal where a new station has been built. Rehabilitation work has also taken place at Kazan's central station to accommodate 22 new airport trains as well as improve connections for existing national services. Lastochka emus built by Siemens, which are already in operation in Sochi, will provide direct hourly services between Kazan and the airport and will offer a journey time of 25 minutes operating at a maximum speed of 140km/h.

This year's investment in the project follows the allocation of Roubles 7.5bn to improve railway infrastructure in 2012, including Roubles 6.6bn towards the airport link project.

"The construction of railway facilities as part of the preparation for the World Student Games in Kazan is almost complete," Lesun says, adding that planning is also underway to build a new circle line around Kazan, although he did not reveal how much this might cost. "This project is currently being prepared by the Mayor of Kazan, and it is possible that it will be implemented as a public-private partnership."