THE last of 22 Sundeck double-deck coaches being supplied by Pesa to Masovian Railways (KM) was formally handed over to the Polish regional operator on December 30.

KM awarded Pesa a Zlotys 267m ($US 66m) contract in April 2014 for two Gama electric locomotives, 20 intermediate trailers, and two driving cars. The order was financed with the aid of a Zlotys 170m grant from the European Union.

Driver training is now underway and the 160km/h trains are due to enter passenger service within the next few weeks.

The vehicles are configured to operate with KM's existing fleet of 37 Bombardier Twindexx coaches and Traxx P160 DC locomotives, and will be formed into seven-car sets capable of accommodating up to 1700 passengers. 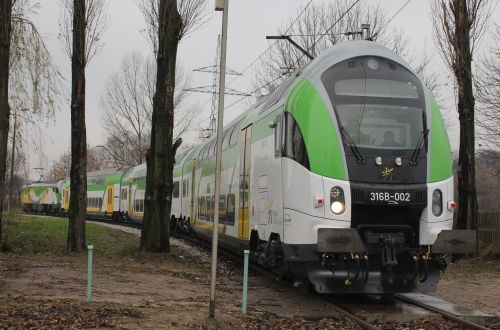