THE Italian region of Lombardy will invest more than €1.6bn in new trains to substantially reduce the average age of the rolling stock fleet, under plans unveiled by regional president Mr Roberto Maroni on July 11. 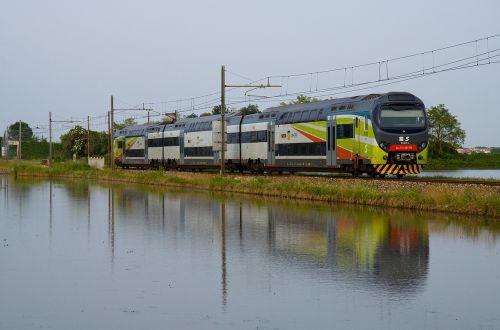 Three tenders will be launched in the coming months for a total of 160 trains, comprising 104 double-deck suburban trains for services in the Milan area; 32 single-deck EMUs; and 24 DMUs for non-electrified lines around Pavia, Cremona and Brescia. Delivery of the first trains is anticipated within two years of contract signing, with 2-4 sets entering service each month thereafter.

According to the regional government, around 350 trains are currently used on regional services in Lombardy, around half of which have entered service since 2007. Most of the remaining trains date from 1975-1990.

By the time the rolling stock renewal programme is completed in 2025, the average age of rolling stock will fall from 18 years to 12 years.