TWO rail industry manufacturers have announced projects to develop their additive manufacturing capabilities as they seek improvements in component production. 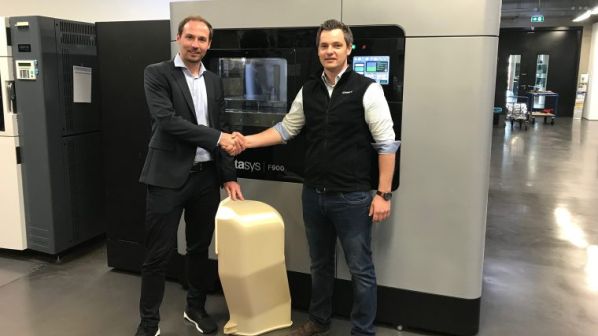 Bombardier is set to install a Stratasys F900 3D printer at its Hennigsdorf plant in Germany. The F900 will be deployed to accelerate and customise rail part production, reduce costly inventory for spare parts and increase production flexibility for parts, tools and prototype trains and trams supplied to the DACH region.

The manufacturer plans to use the technology to 3D print interior and exterior train parts such as air ducts, housings and cable holders. Bombardier will also 3D print customised rail tools to aid the production process and speed up the launch of new platforms.

Wabtec is investing in GE Additive’s H2 binder jet printer capabilities, a move which the company says will accelerate its additive strategy and the use of 3D printing in the transport industry.

“The binder jet machine will help us to design and produce reliable and low-cost components for our current and development engineers, locomotive, transit and mining programme,” says Mr Philip Moslener, global director of the WabtecOne Platform and Applied Innovation.

Wabtec says additive technologies could be used in the production of up to 250 components for its product lines by 2025. The manufacturer has already received its first H2 machine, which is currently located at GE Additive’s labs in Cincinnati where Wabtec teams are working alongside GE on technology development before the machine is relocated to the company’s Grove City facility in Pennsylvania later this year.

For a detailed look at German Rail's (DB) 3D printing strategy, see the July 2016 issue of IRJ, or click here.