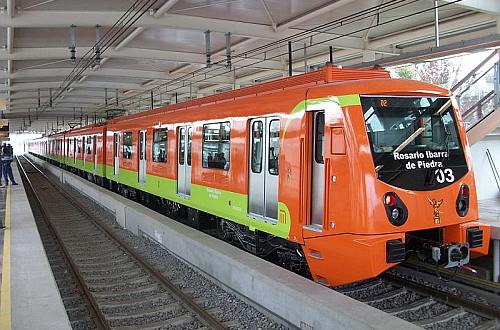 After what STC describes as a very close race with Bombardier and after more than 30 rounds of negotiation during the auction, CAF Mexico presented the best economic proposal, equivalent to Pesos 3.3bn ($US 183.4m), which was Pesos 729m below CAF’s original bid.

Delivery will start 20 months after the contract has been signed and trains will then be supplied at the rate of two per month.

The new trains will enable some of the existing fleet to be overhauled, while STC plans to transfer 15 trains from Line 1 to other lines where some of them will operate as nine or six-car sets.

The acquisition of the new trains forms part of an 11-point strategy to improve Line 1, which is being funded by increasing the basic metro fare from three to five pesos. This work includes repairing existing trains and tunnels, and realigning tracks damaged by settlement, and upgrading Pantitlán terminal station.

CAF was awarded a 15-year service provision contract in late 2009, which included leasing 30 metro units to STC for operation on Line 12 as well as train maintenance for the whole term.